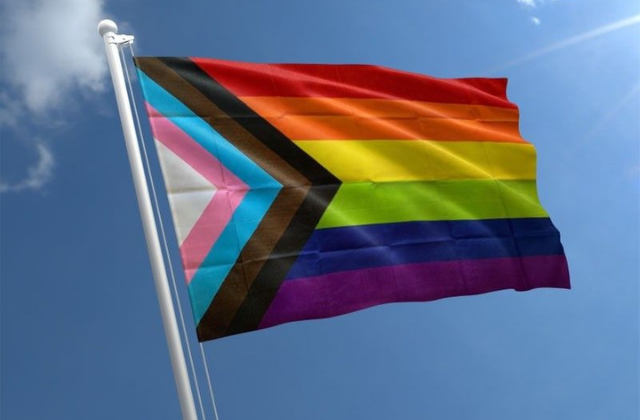 I resented not being like everyone else, or at least how I perceived everyone else. I hated that I was always on the outside and all the other children seemed in on some cosmic joke. I had to figuratively laugh along, for if I showed my differences, then what would become of me? I was like Michael Scott on The Office, “I love inside jokes…I’d love to be a part of one someday”.

I didn’t fully understand who I was, what I was. It was the 70’s, there was no internet, no book in my small southern town’s library. I had only TV and the jokes of my peers and adults. They all told me that the things I felt about boys and girls, the way I felt about myself, would be met with derision at the least and violence as a norm. A child can do one of two things, be brave and stand up for who they are or they can fall back into themselves and pretend to be like everyone around them. I chose to hide and pretend, I wasn’t brave or confident. I was afraid.

I modeled my actions, my words and my beliefs from those who surrounded me. I was mean, unforgiving, intolerant and not accepting. I made fun of any boy who showed the merest hint of effeminate traits, any girl who didn’t conform to feminine standards and anyone that appeared androgynous. I felt empowered when I did this, like it confirmed to everyone how normal I was. All this, despite the fact that I was secretly crossdressing in my attempts to stave off the feeling of discontent and dark unhappiness that was my constant companion.

It took me 40+ years to come out, as a trans woman and omnisexual. It took me several more years to work out my own internalized trans/homo-phobias. And fear, it took me that time to get over my fear. I had forced myself into a cis/het lifestyle for so long and to do anything else, despite knowing it was right for me, would cause anxiety. I had all these notions when I came out, like suddenly I would be able to transition and because I was being the real woman beneath the masc, I wouldn’t overeat anymore and I would come out of my introverted shell. But the reality was that now I was using food as a way to soothe my nerves, and I didn’t even want to go outside. My dysphoria accelerated, looking at myself in the mirror was enough to send me spiraling into depression. I didn’t magically get to where I am now, there was no fun montage of music and short video cuts that eventually lead to me smiling and laughing among friends now. It was all hard work and sacrifice, emotionally and monetarily. I’ve lost family and friends, my rights are always in jeopardy and my marriage was strained to it’s breaking point. I learned new fears, of TERFs, men, police, even other liberals or “lefties”, and my own community who might embrace LGB, but not T. In the end, after all my sacrifices, I wasn’t this beautiful young woman who gets to live her life over. I am a middle aged woman who somewhat passes and my life may have finally started but not all in the beginning.

Sounds bad right? It’s still tonnes better than what many trans women and men face, especially trans people of color. I have several privileges and they afford me less danger. I can’t imagine the fear they must live in, the hate and anger sent their way. This is not an easy life and we didn’t get to choose it. We only get to choose to live it authentically and even then sometimes the choices become harder to make because of the ignorance or hate of the people around us.

Being proud of who you are, of the struggles overcome and of the way we pave for those who come after us, that is what Pride is about. I am finally proud to be me, I’m glad that I am out of the closet. I’m glad that I have a community of my peers who understands and that by adding my presence to our community in a united voice, may help those in the alphabet mafia who come after us.

Snow. Snow. Lightly snowed all night.
Snow day, warm fire.
Went out to shovel snow and check on the chickens. Snow shoveled, chickens are warm and happy in the barn.
Love my bright fuchsia hair!
Lulah is taking her Yule eve nap. I’m sitting here missing my parents but knowing I’m so lucky for the family still here.