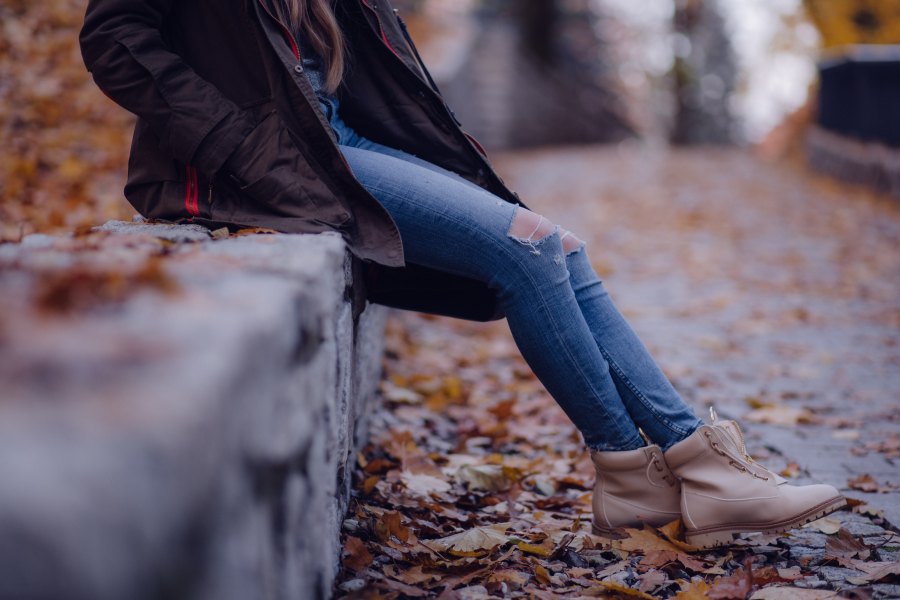 I have stopped wearing my wig, and neglect some of those cosmetics now. I was trying so hard, overcompensating, trying my best to be as pretty as I could, to offset the ravages of testosterone. I wore breast forms and always wore dresses. I am fairly typical, I believe, of the transgender woman who comes out later in life. I overcompensated and was trying to turn back the clock to appear as I might have before the testosterone. However, I likely became a caricature of who I was seeing in my mind’s eye.

When I wore the wig and the breast forms, I was always conscious of them and always nervous and on edge. Being in public was fine as long as no one looked at me, then I was completely self-conscious. Even in the car, I was worried about someone seeing me. In one aspect I loved the way I looked in the mirror, in another aspect I felt like I was trying to cover myself up in a security blanket that never made me feel quite secure. I have a few transgender women as friends who don’t wear wigs or breast forms or the expected dress of the day. They seemed to be so at ease in public and showing who they are, that I decided it was time to try something different for me.

The moment I let this drop away as a cover for my insecurities, I was able to walk into the light of day without fear. This is not to say that anyone shouldn’t wear wigs or breast forms or dresses. I’m only saying that I felt more at ease, in fact I felt free and without the fear of “being found out”. My real hair is done in a (badly) female hairdo, I wear cosmetics and I wear a padded bra. But I don’t feel like I am hiding, I don’t feel like I’m being anything other than me. I believe that these things gave me time, like a cocoon, to evolve. I was able to use them when they were needed and now they simply aren’t. To shed them after I was done makes sense to me.

Who we are is never static, it’s ever changing. We change day to day and week to week, year to year. It’s the human condition to change, sometimes it’s so subtle that we ourselves don’t even notice. I am glad that I am changing, that my outlook is different now. When I drive in my car to pick up my daughter from swim practice, I don’t feel self-conscious at all now. I don’t get anxiety when I’m stopped at a traffic light with someone next to me. When I stop to get gas, I don’t worry that my wig is flying everywhere in the wind, I’m not adjusting breast forms that feel like they are trying to jump out of my bra. I am in a place of Zen calm with other people, even if they give me that look of someone clocking me. I just don’t really care much, I’m not hiding.

I still have great anxiety about using the women’s restroom in public. Not using it, just being confronted or attacked for doing so. The anxiety is from the many stories of it happening and from the promises of many men telling us that they will be watching for us. Imagine wanting to use the bathroom and being told that men will be watching to attack you if you try it. Not on my top list of fun things. So, I still have work to do, emotionally and physically, but it’s part of growing as a person.

Snow. Snow. Lightly snowed all night.
Snow day, warm fire.
Went out to shovel snow and check on the chickens. Snow shoveled, chickens are warm and happy in the barn.
Love my bright fuchsia hair!
Lulah is taking her Yule eve nap. I’m sitting here missing my parents but knowing I’m so lucky for the family still here.